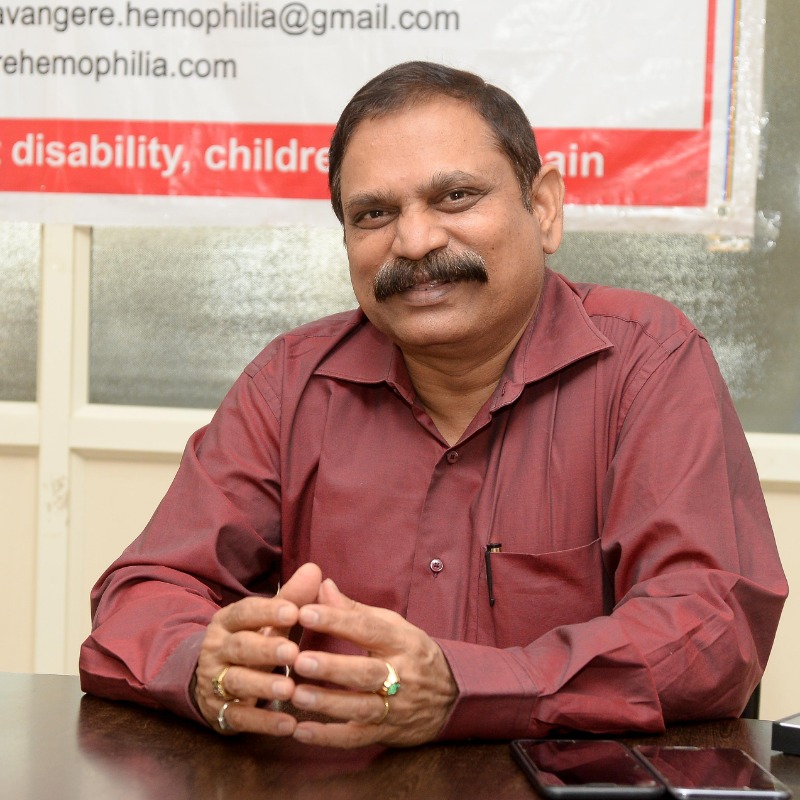 "It is a life-long genetic disorder, but physical disability can be prevented with the proper, timely treatment. This is my focus"

It's all about the blood for this doctor

Scraped knees and big smiles are a part of everyday life for boys growing up. But for many, even something as mundane as falling off a bicycle could result in death. Haemophilia is a rare disorder, which takes away the joy from growing up, as it perpetually casts a dark shadow over the patients, keeping them away from any physical pursuits or even from eating childhood delicacies like corn.

For 57-year old Suresh Hanagavadi, a Pathology Professor at JJM Medical College in Davangere, Haemophilia is a personal battle. Having suffered through a guarded childhood himself, Suresh has dedicated his life to ensure that those with the disorder do not have to live in fear. Seeing a loved one die due to lack of treatment, he pushed himself to get through medical school to ensure he could treat others, and has left no stone unturned in his battle against Haemophilia.

According to him, Karnataka has 6,000 registered patients, and many more who do not show up to get registered. Across the country, this figure is close to 1 lakh. “The number of patients will increase as more children are born. The disorder is due to an absence of proteins which help with blood-clotting and as a result, many patients continue bleeding after injuries. In some cases, they bleed internally without any injuries as well. The disorder affects men only,” Suresh explains.

The doctor works with patients to ensure that the disorder does not result in permanent physical disability among those who are not aware of it. “It is a life-long genetic disorder, but physical disability can be prevented with the proper, timely treatment. This is my focus.”

Established by him, the Karnataka Hemophilia Society in Davangere works with the World Federation of Haemophilia in Canada, the Hemophilia Federation of India and District General Hospitals to provide free medicines.

“Medicines have to be injected within two hours of when the bleeding begins to prevent disability. Internal bleeding shows up as localised pain or swelling of the body. The medicine is the same for both external and internal bleeding but it is expensive. We provide free medicine,” he says. Founded in 1989, the society has 850 patients registered and they come in for medicines and treatment at various times of the year.

As a child, Suresh unsurprisingly, wanted to be a pilot. Recalling his first brush with the disorder, he narrates, “My mother noticed a discolouration of skin (which results from internal bleeding) when I was six months old. A pediatrician in Ballari told my parents I was haemophilic. My mother did not permit me to go out and play with children. There were many restrictions and I was not regular with classes.”

But it was at his uncle’s house in Harihar, at the age of four, when he had his first real scare. While eating corn. “My tongue started bleeding and it lasted for more than ten days. Fortunately I survived despite a lack of treatment. However, over the years, I was left with damaged knee joints, a reminder of the dangers of haemophilia,” he says. Suresh also has a younger brother with the same disorder.

His work has earned him the eternal gratitude of many parents who flock to Davangere from near and far. “My son Ekambareshwara had stopped walking when he turned six years old. We brought him here when we were told about the disorder and that the Society is our best hope for treatment,” said Aditya Iduri and his wife Sirisha, from Hyderabad.

At the Society, Ekambareshwara, now 7, will get medical treatment supported with hydrotherapy and counselling, which will help him come to terms with haemophilia. He has set himself a target of becoming ‘normal’ by age 12 and going on to become an astronaut.

“The doctor has been providing injections to my son Vishwanath free of cost for the past 16 years. We didn’t know anything about haemophilia but he helped create awareness. The centre is now our second home,” says Ratnamala, a resident of Bannikodu village in Davangere taluk.

The Centre has also attracted the attention of donors from all across the country, including that of legendary singer SP Balasubrahmanyam. The society regularly conducts cultural events to raise money for medicines and a student of JJM Medical College, where Suresh was teaching, suggested inviting ‘SPB’, as the singer was popularly known. “A team of students went to Chennai and met him in 1999. He accepted and performed in Davangere on April 17. We collected around 6.37 lakh rupees and sent him an audit report. He was surprised and agreed to be associated with us,” Suresh says.

The society also conducts awareness camps and training camps for doctors, nurses and even parents and children. It provides three categories of medicine, each provided by the World Hemophilia Federation, the District General Hospital and the Hemophilia Federation of India at subsidised rates.

"We provide medicine to all patients at free of cost in the centre. But people who want to keep medicine in their homes and inject the same in case of bleeding have to pay between Rs 12,000 to Rs 20,000 depending on body weight, age and severity of bleeding,” Suresh says. 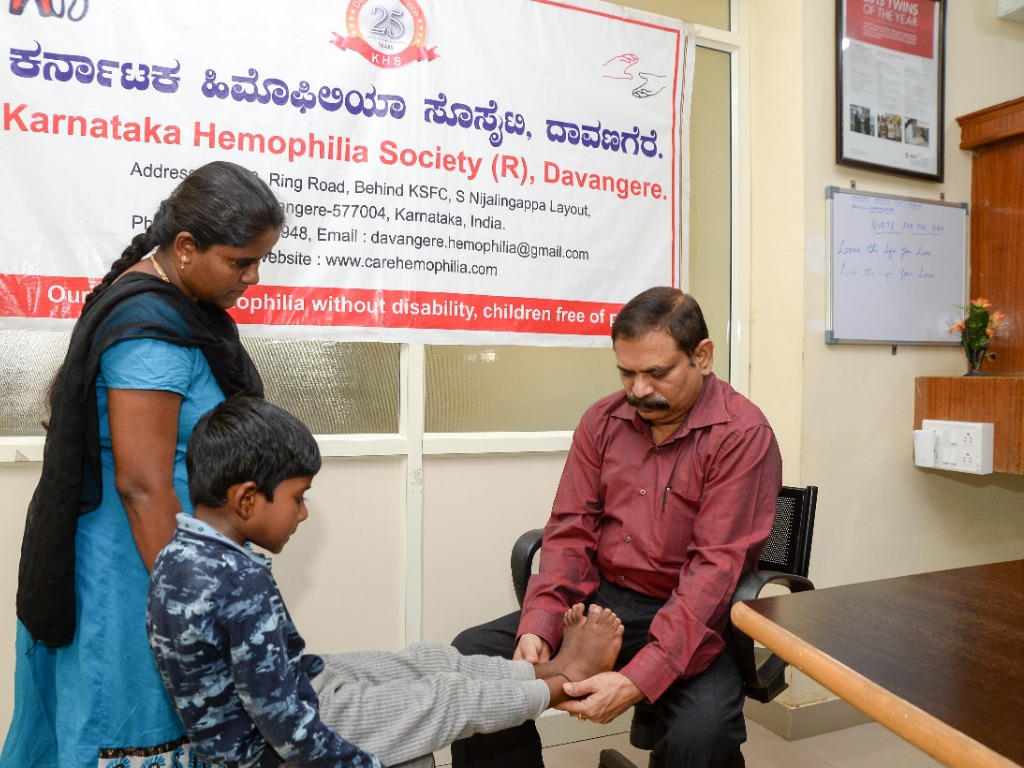 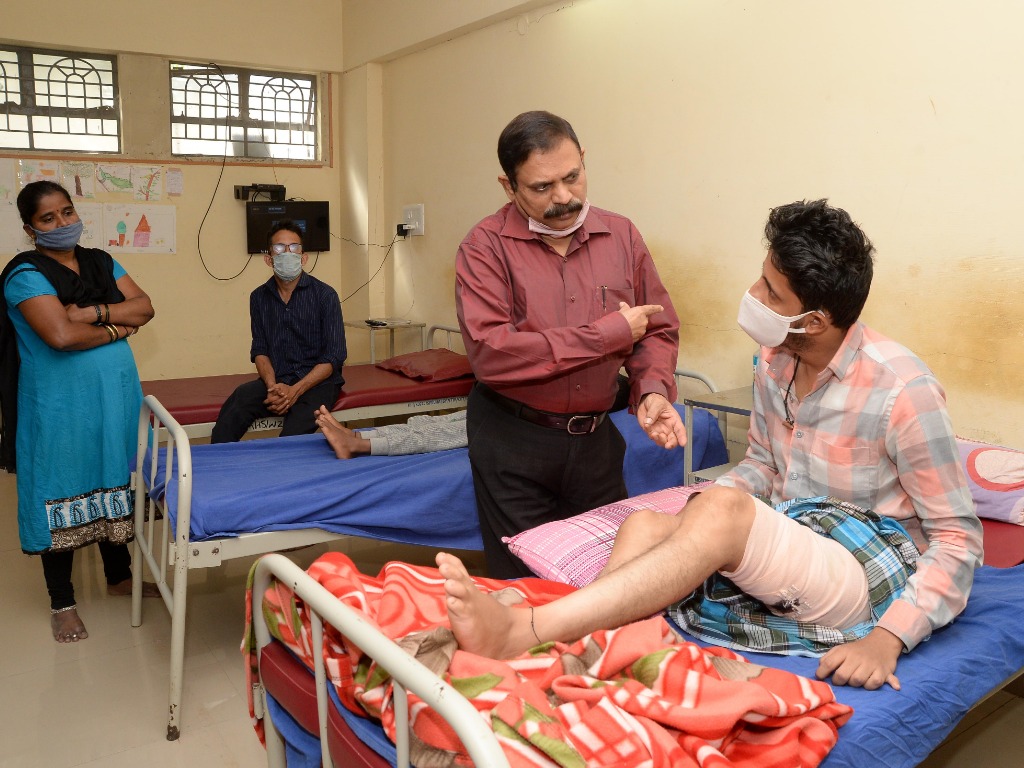 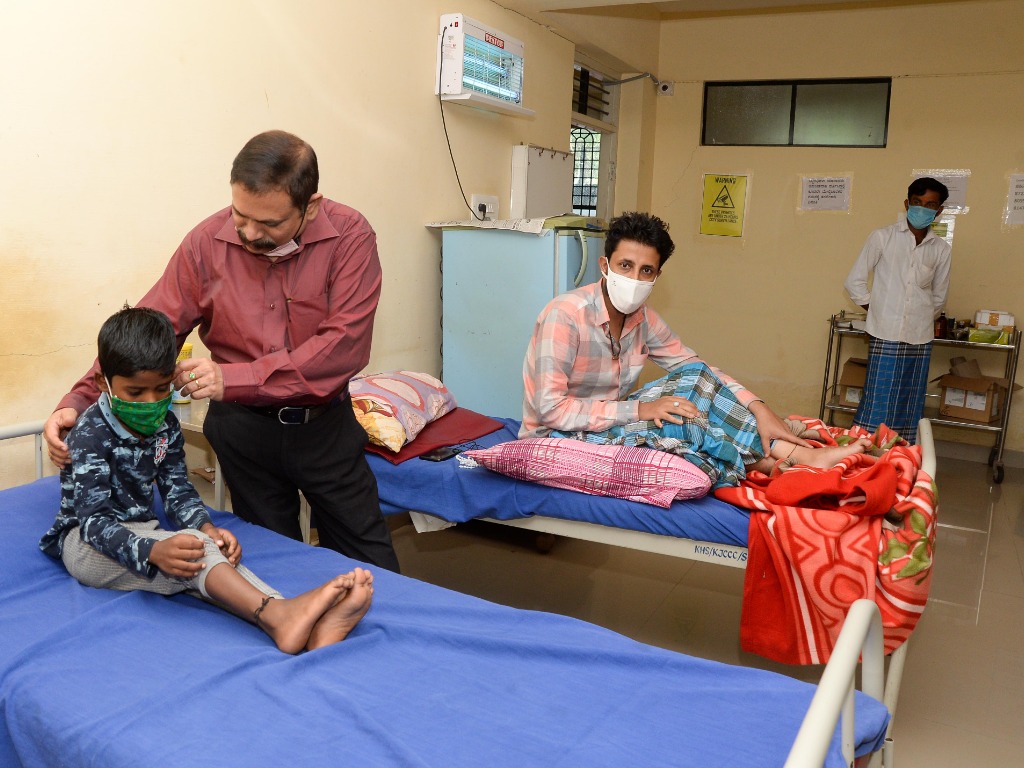 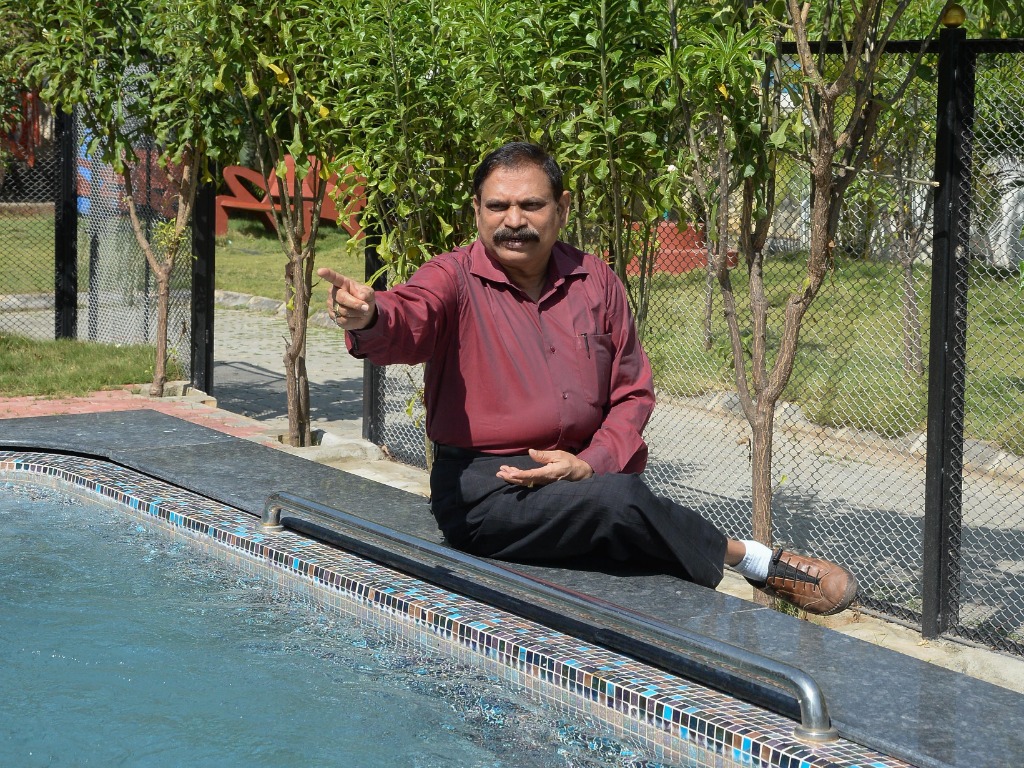