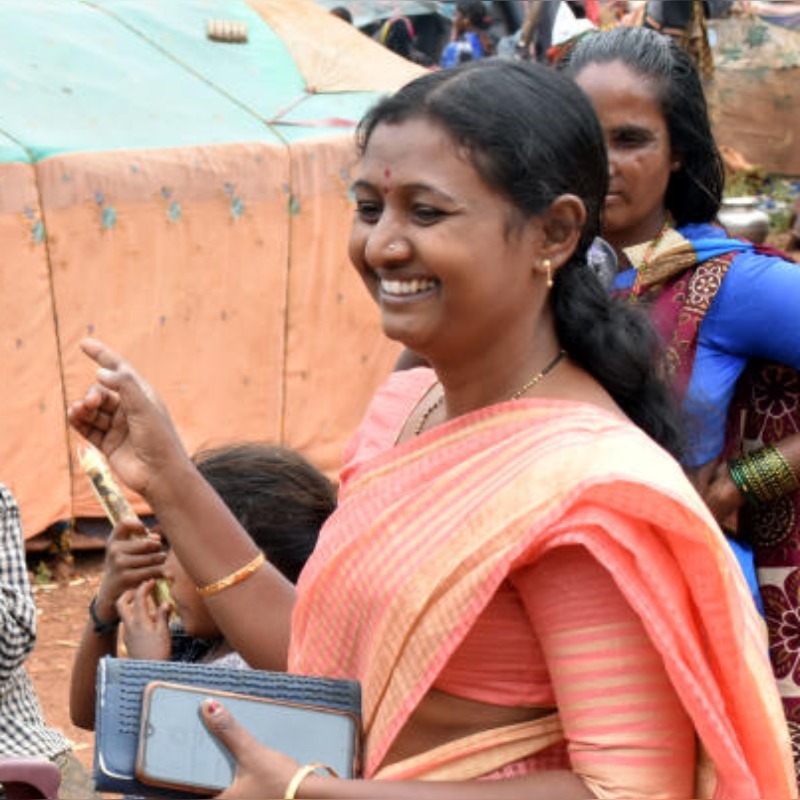 "The day a district officer insulted me when I sought a certificate from him to apply for a government job was the day I decided I will become an officer myself."

Rooting for the homeless

Every day on her way back home from work, 33-year-old Sharadamma Malage passed a slum in Naubad Colony in Bidar city and could never turn her eyes away from the daily misery of the nomads who lived there in torn and tattered tarpaulin tents. Sharada noticed that while the adults in the colony were struggling to find work and food, their children either spent the day rag-picking or fetching water by carrying huge pots on their tiny heads.

Sharada, a post-graduate in social work, was determined to "do something" to better their circumstances. Currently, an outsource district women welfare officer, she was not the sort to make empty promises to herself. However, nothing was easy.

It was in 2013 that Sharada, then without any permanent job, began making visits to the colony; however, she was greeted with suspicion and hostility. Undeterred, Sharada persisted with her visits and tried to spread awareness among the nomads about cleanliness, family planning and the importance of sending their children to schools.

The nomads, who had got habituated to begging and idling, were not willing to listen to her and there were days when she went back home in tears. But her determination to improve their lot brought her back again and again. "I physically herded them into pick-up vehicles. I arranged to take them to the Aadhaar centre using my own funds. I had to follow the same method to get them other identification cards as well," Sharada narrates.

Sharada launched her efforts to get Aadhaar cards done for the residents of the colony in 2015, after she requested a government-aided school to get around 80 children from the colony admitted and they refused because the children neither had a birth certificate nor any identification card. Getting the Aadhaar card done for the children seemed like an insurmountable task because the gazetted officer refused to sign on the documents, fearing that the children may commit crimes in the future.

"After my repeated requests, the officer told me to sign on all the applications and provide my contact details. Only after I did so, he put his signature," she recalls.

Till date, Sharada has worked with over 10,000 nomadic families in the district.

After initial hiccups, she managed to convince them all not to move from place to place. If they stay in one area, they can get government facilities and their children can attend schools.

The colony near her house has more than 1,000 children and due to Sharada's single-handed efforts, today, more than 200 children, who were earlier ragpickers, go to school.

Not just that, several nomads in the colony now possess not only Aadhaar cards, but also ration cards, voter ID cards, income certificates as well as caste certificates, thus enabling them to find work. Some of them even get an old-age pension.

"We also dream of living in a house instead of a tent," says Lakshman Kotalwari, a resident of the colony.

Little wonder then that whenever Sharada visits the colony now, she literally gets mobbed by its grateful residents and happy children who ask her for biscuits!

What makes her most happy is the change in attitude she has noticed among the nomads. "They now send their children to schools voluntarily, visit offices seeking work and go to hospitals without any prompting for their health check-ups. They also are concerned about their personal hygiene."

Even during the Covid-19 lockdown, Sharada did her best to support these families. She distributed food grains and materials for the distressed nomads in Bidar city from April 28, 2020 onwards after obtaining permission from the deputy commissioner and ended up even spending around Rs 15,000 from her own pocket to provide them rations.

Sharada says she is thankful that she got support from former Deputy Commissioner H R Mahadev and current Deputy Commissioner R Ramachandran for her work. Land has been sanctioned to build houses for the nomads but the process has been held up at present, she adds. She is hopeful, just like the nomads are, that eventually, they will live in real houses rather than under makeshift tents.

Sharada narrates that when she initially began her social work, she faced opposition from her mother-in-law. "However, my husband (who is an operation theatre assistant in a private hospital) supported me as well as took care of our children when I was not around."

Sharada dreams of becoming an officer and has already cleared her KPSC preliminaries. "The day a district officer insulted me when I sought a certificate from him to apply for a government job was the day I decided I will become an officer myself," says the determined woman. Looking at her track record, no one should be surprised if she indeed becomes one. 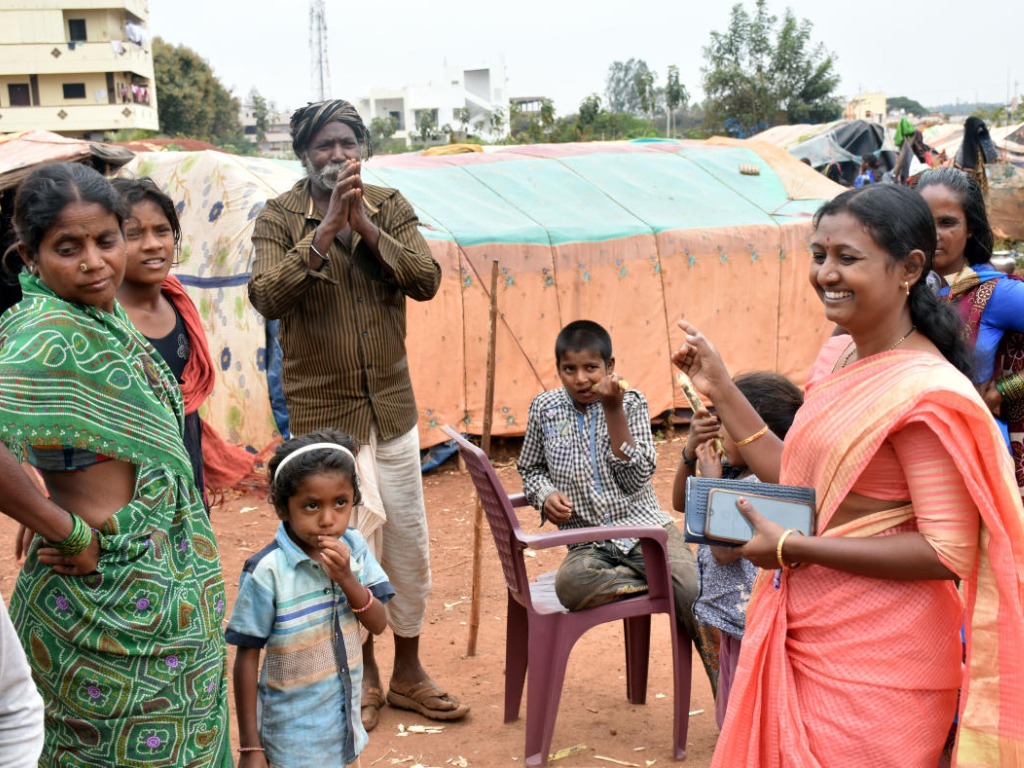 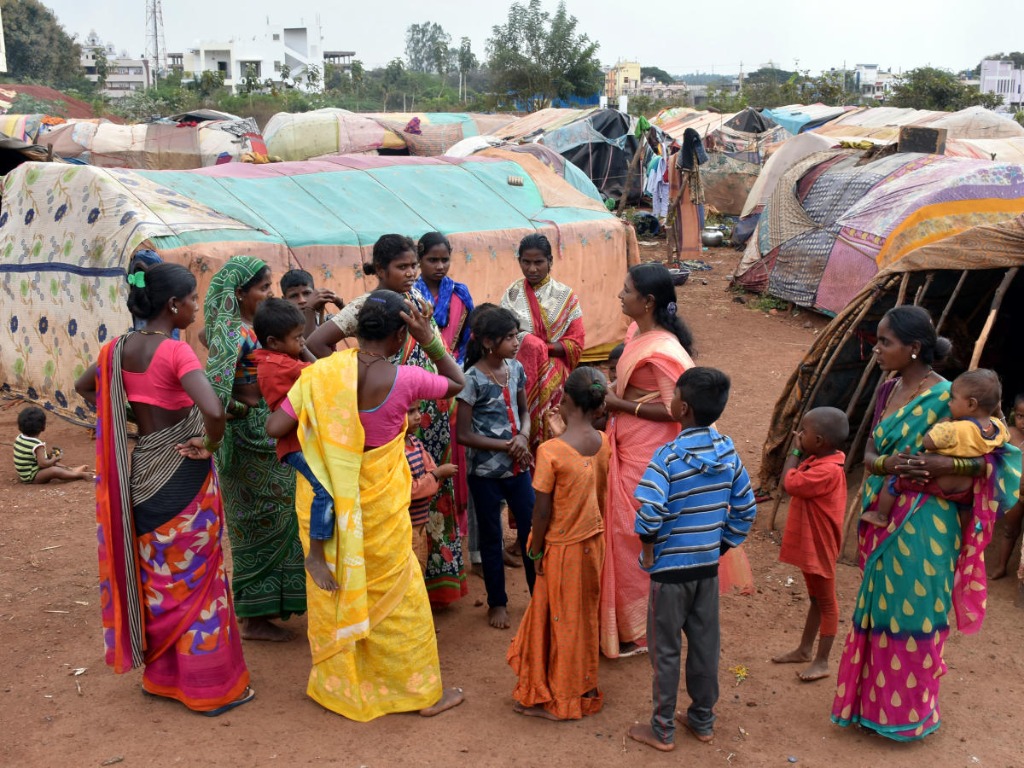 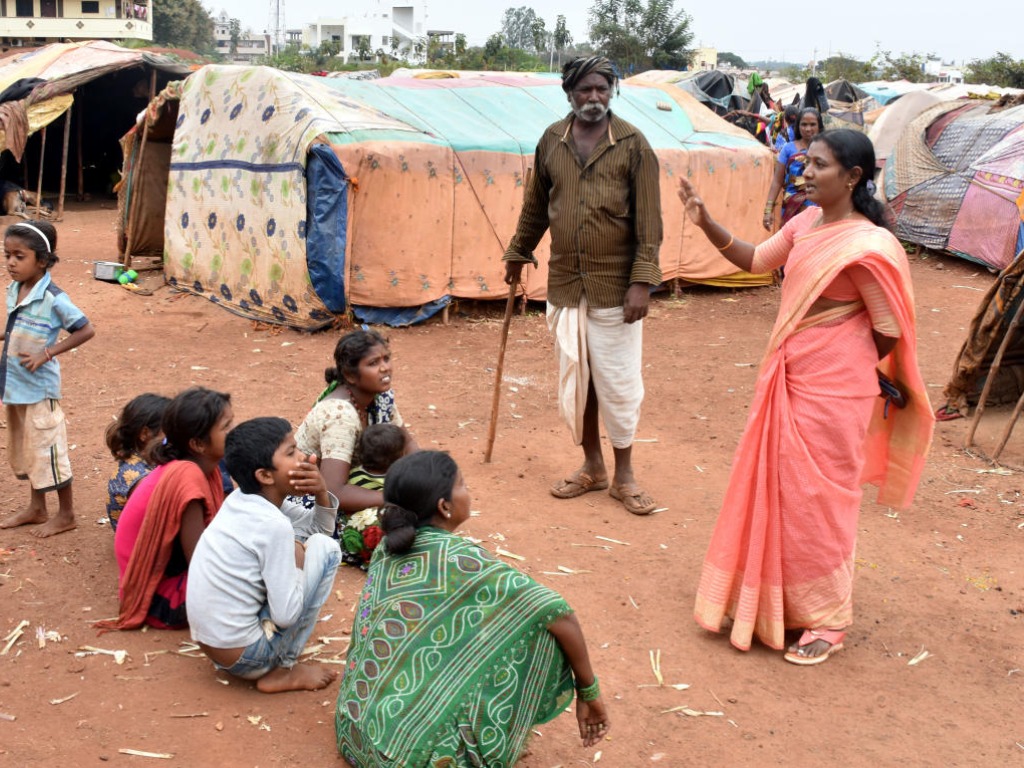 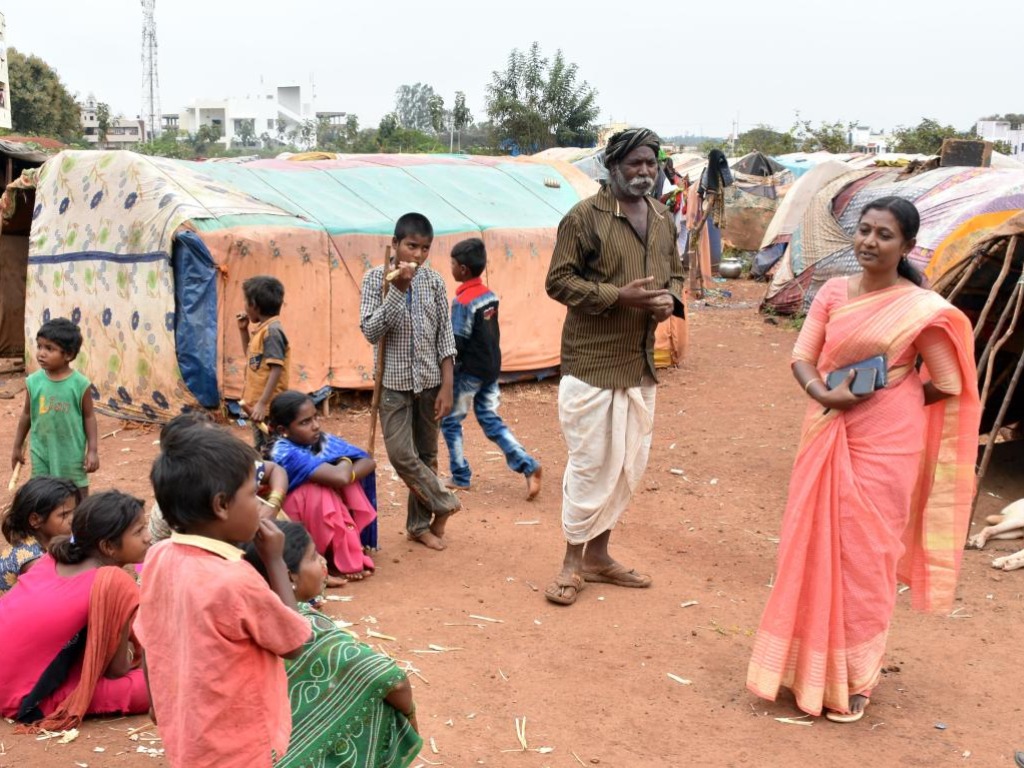