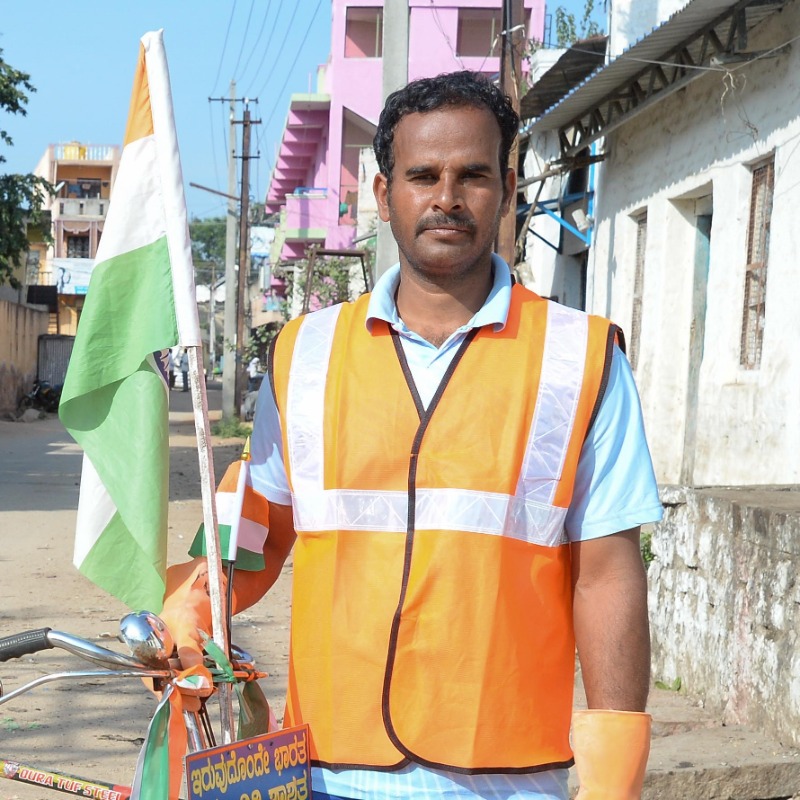 Banjara’s association with the civic workers did result in positive change. People changed their attitudes to some extent. I am proud that a government employee is working closely with civic workers. It is a healthy trend — Ram Prasath Manohar, the former Deputy Commissioner of Ballari.

Childhood memories of his father, who swept the corridors of the Kottureshwara First Grade College where he was enrolled as a student, left a lasting impression on Nagaraja Banjara.

A physical education teacher at the Government High school in the Bayalutumbaraguddi village in Kudligi taluk in Vijayanagara, Banjara has sought to honour his father's memory. For the past seven years, he has worked side-by-side with civic workers and cleared waste on the streets, leading to a silent revolution of sorts.

Every morning, between six to eight, Banjara works on the streets of Kottur, hoping to change the mindset that people have towards those who help keep our towns clean.

His efforts have led to a sense of pride among the workers, and a marked change in the way people treat civic workers. “My father Megha Naik, died while working in December 2012. He was my inspiration as I would watch him do his work everyday without being ashamed about it . His death left me devastated and his memories would resurface whenever I saw civic workers on the streets,” Banjara said.

And then one day in 2013, he woke up knowing exactly how to honour those memories. “I got up at 5.30 a and headed over to a street where the workers were busy cleaning garbage. I picked up a basket and started working. They snatched the basket from my hand and asked me to stay away from ‘dirty work’. But I persisted and spent 2-3 hours daily trying to earn their trust,” he says.

Within a week, he started experiencing cough and other health complications. “The images of the dirty drains, the stink and the sight of garbage and dead animals repulsed me. I couldn’t eat within just a week of working and my heart went out to the workers who have to face this daily. I decided then that I would not give up,” Banjara narrates.

Mocked and insulted initially by many, Banjara stood his ground. “Some people would throw garbage on the streets just when I was sweeping nearby. It hurt me a lot but then people somehow changed. I earned the moniker of ‘Swacch Bharat Teacher’,” he says proudly.

There are many stories of people who took his efforts to heart. “I do my job of clearing garbage and expect dignity and respect in return. Things were horrible before but have changed in Kottur. People don’t throw waste on the streets unnecessarily anymore and it is all thanks to Nagaraja Banjara,” says H Shankarappa, a civic worker for the past 16 years.

Another worker, Mallappa, spoke of the change in the confidence of the workers themselves. “We had never been invited to a public programme, but he honoured us in the presence of hundreds of people. All 25 workers (daily wagers), were given t-shirts, boards were put up across the town on civic worker’s day.”

“The teacher also sanitised houses where Covid-19 cases were reported. His association with us is helping to change people’s attitudes,” said S Maruthi, another worker.

Creating awareness about Covid-19 through street plays and ensuring civic workers got safety gear were some of his activities that helped people respond better to the pandemic.

Banjara has also assisted with funerals of unclaimed bodies and ensures that he brings up the topic of service by civic workers at every function he attends. He also has support from his wife and child who back his work all the way.

“I was against it initially, but he made me understand the effort that civic workers put in. I hope he is able to transform the way people think,” says Pushpa, his spouse. “I am proud that my father is part of the team that helps keep our town clean,” chimes in Aashita, his six-year old daughter.

Speaking about his fondest memory of the past seven years, Banjara says, “Women in the town would attend to nature’s call by the road as the toilets had no doors. I took financial help from natives working in Bengaluru and managed to get doors installed. Now they are using these toilets.” He also recalled a drive by civic workers to plant saplings at the Weaver’s Colony Park in town which did not have a single tree. “We served kashaya from these plants as a means to create awareness about the significance of medicinal plants,” he says.

While others have tried to emulate Banjara’s methods, they do not carry on with the same grit and determination he shows, because of various reasons. “Ajay, a native, who is working in Malaysia, joins me whenever he is back home. Others help by putting up boards warning against littering, people readily extend support when I seek their help,” he says.

Banjara also leads Hasiru Honalu, a 30-member team of volunteers who took to performing street plays during the pandemic to educate people. He helped gather funds to purchase and distribute hand gloves to workers in April and May and Banjara and worked to seal down areas with cases and sanitise houses during the pandemic. 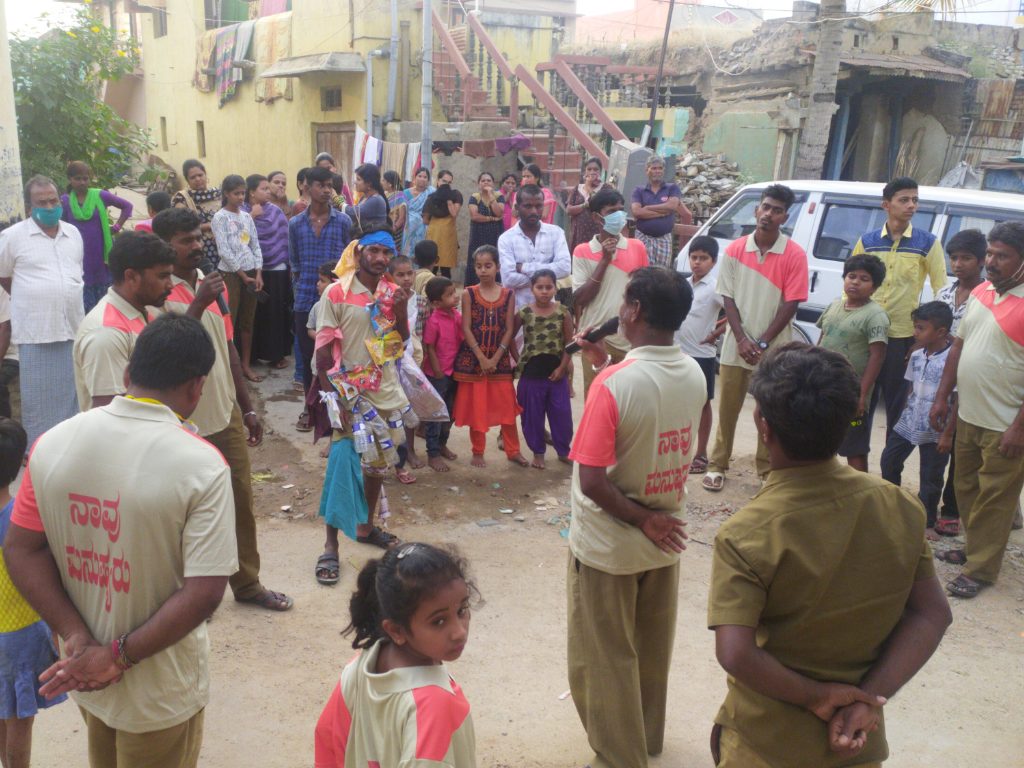 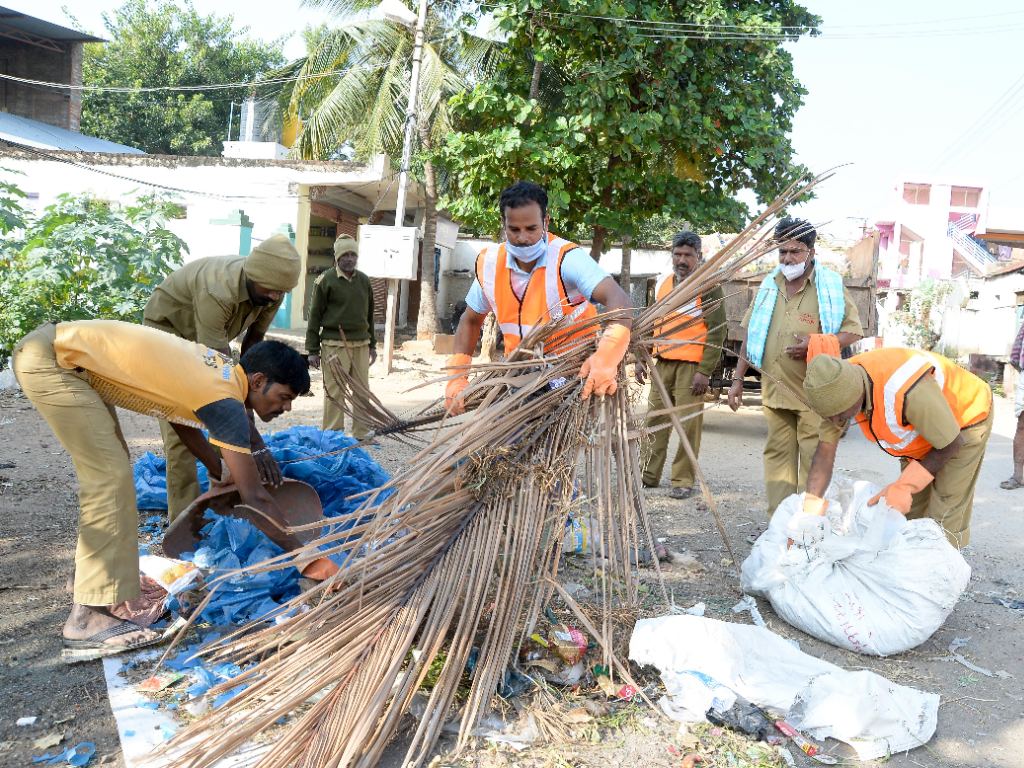 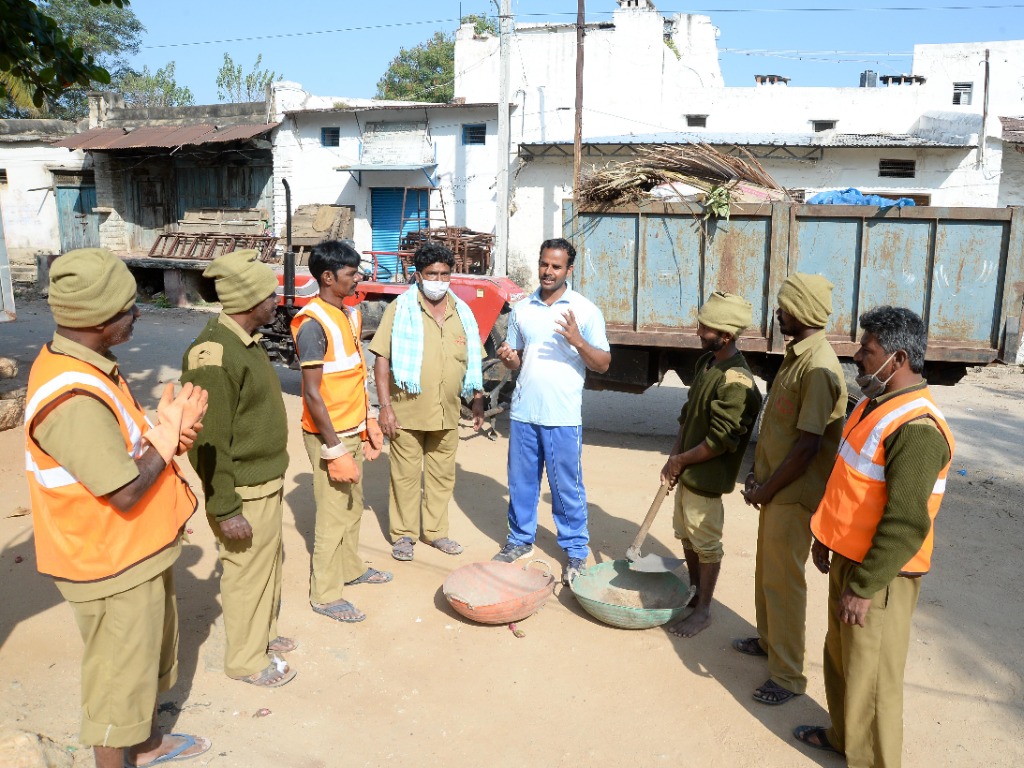 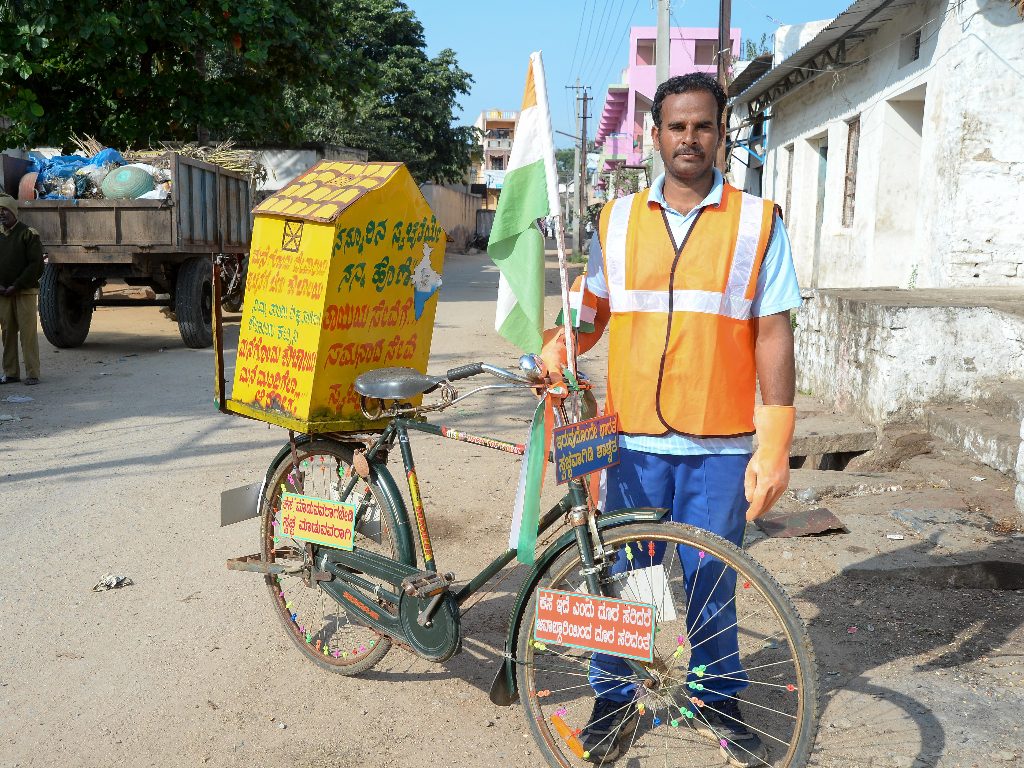