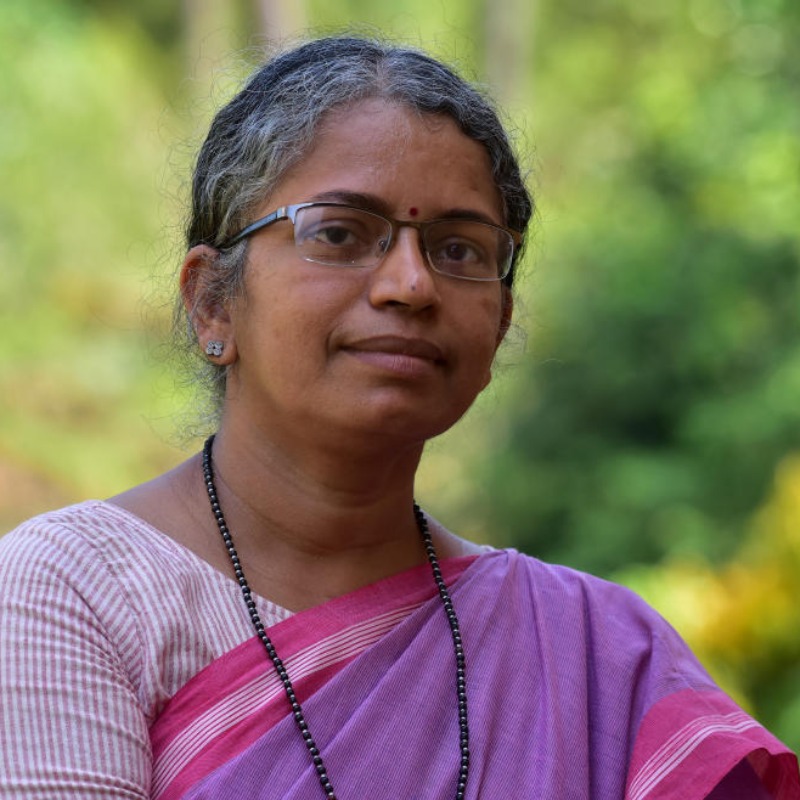 The handloom weavers do their work without troubling anyone. Their work has no carbon footprint, no negative impact on the environment. Handmade industries are the only solution to the climate crisis.

Starting in 2017, the Udupi saree has undergone a transformation. From the aesthetic packaging with a modern-looking logo to the details of the centre where the saree was made and the person who wove it, innovation has attracted the attention of a growing number of people. The GI authentication has only increased its popularity.

Mamatha Rai, a former lecturer turned handloom entrepreneur from Karkala, wants to make weaving these sarees more economically viable, in addition to reinstating the dignity of labour once associated with the work.

The biggest part of Mamatha’s effort has gone into working with members of the Nekara community — traditional weavers in Dakshina Kannada and Udupi — to keep the practice of weaving the Udupi saree alive.

The steady rattle of the looms at the Talipady handloom weavers society in Dakshina Kannada’s Kinnigoli, is a testament to her efforts.

A deep interest in simple living led Mamatha and her husband, Chikkappa Shetty, to start the Kadike trust (named after a local hardy Garike grass or durva found along the coast) which sought to document and popularise indigenous, sustainable practices.

A cause to believe in

Mamatha started working on reviving the Udupi saree on the suggestion of Prasanna Heggodu, the theatre and handloom activist.

The idea neatly dovetailed with her ideas of simple living. "The handloom weavers do their work without troubling anyone. Their work has no carbon footprint, no negative impact on the environment. Handmade industries are the only solution to the climate crisis," she says.

The allure of the Udupi saree lies in its relative simplicity: It is made using single ply combed cotton yarn, with a simple design for the body and a contrasting colour for the pallu. There are also several varieties. The kase saree — a thick saree in a checkered pattern without any pallu, is often used by Yakshagana performers as part of their costume. Sarees with kottench style where pallu and body are woven separately, those with pearl borders or ikat design, were once used.

In its heyday right before independence, 5,000 families across Udupi and Dakshina Kannada were involved in making the Udupi saree. In 2016, there were just 42 weavers present and most of them had switched from making the Udupi saree to more commercially viable products, like the panche and bath towels.

The advent of power looms and the attractive colours and designs of machine-made fabric made the Udupi saree obsolete. Stocks piled up, and many weavers were forced to look for better-paying jobs. Many of the innovations associated with the Udupi saree gradually died out.

The Talipady weavers' society, established in 1953, is one of the oldest in the district. When Mamatha visited the premises in 2017, there were just eight weavers engaged in making the sarees.

Mohini Shettigar, a septuagenarian who had been weaving all her life, was thinking about retirement. "You should have come two years earlier," she told Mamatha.

"Most of the skilled weavers had gone to other fields," Mamatha says.

The next order of business for Mamatha was to go door-to-door, looking for weavers in the community and convincing them to take up the profession they had given up.

The challenge was to provide them with a stable income but more importantly, reinstate some pride in weaving this unique saree.

As part of her pitch, Mamatha told community members what she herself fervently believed, that "handloom weaving was the best profession and a sustainable profession."

The other assurance: she would help create a market for the Udupi saree.

Part of those early outreach efforts saw Mamatha put up a Udupi saree stall in organic fairs and weekly markets across the district, as well as cultural events like the Tulu Sahitya Sammelana.

She also promotes the weavers’ work on social media platforms such as Facebook and WhatsApp.

At the weavers' society itself, the old Malabar frame weaves were refurbished, with some financial help from the National Bank for Agriculture and Rural Development.

“We started our project in Talipady weavers’ society but our ultimate aim is that weaving Udupi sarees should survive and become viable,” Mamatha says.

“We help other societies with marketing interventions. We have provided the weavers there with financial incentives and help their efforts get recognition," Mamatha says.

One such weaver who has been recognised is Vyasaraja Shettigar from the Padupanambur Weavers' Society, who won a National Award from the Craft Council of India in April this year.

Mamatha's efforts have also been crucial in getting new people interested in the profession.

24 new weavers between 30 - 50 years of age have joined the programme, including three members outside of the Nekara community. These new entrants, most without any first-hand experience of weaving, were given regular training sessions on various aspects of the craft.

Handloom weaving is an intricate business and certain aspects, like setting up the loom from scratch and threading the loom require an incredible amount of patience and can take years to master.

Gunavathi, 37, from Kenchanakere in Mulki has been training for six months. She remembers seeing a loom at home during her childhood. “The work is a bit tough," she says, but she plans on persisting.

Sanjeeva Shettigar, the most skilled weaver of the group, has been weaving for 43 years now. For nine years, he had given up weaving and taken up other work for financial reasons, before Mamatha came knocking on his door and persuaded him to return. He was provided a daily wage of Rs 500, in recognition of his skill at the loom.

There are usually hangers-on watching Sanjeeva as he works. He also acts as a mentor to the younger generation of weavers, and helps innovate and implement designs.

Yashoda, the daughter of the society's master weaver Mohini Shettigar, was one of the first people to come in.

Madhava Shettigar, the managing director of the Talipady Weavers' Society, says they are diversifying into new areas and taking up training in using natural dyes, handblock printing and embroidery to add value to their products.

The marketing conducted by them is also working. “We have a lot of demand for sarees that we are not able to meet now,” he says.

Finance is another issue. The weavers are paid by the metre and experienced weavers are able to earn Rs 400 - 500 per day.

"The inexperienced weavers might find it difficult to match that speed, so we provide them with Monetary support (Rs 230) during their training period” says Madhava.

In all, the weavers’ society sees a annual turnover of Rs 12 lakh from weaving related activities.

“Rehabilitating a community who were always engaged in work is tough. It is like repairing a really old car that no one has used for years,” says Santosh Koulagi of the Janapada Khadi Centre.

“Like the Melukote panche, Guledgudda saree, the Udupi saree making was dying. We thought it would not be revived at all. But Mamatha and Chikkappa have done it. They are a moral force, boosting morale,” Koulagi says.

“This just shows the difference that city people can make. Someone has to take initiative and invest time,” he adds. 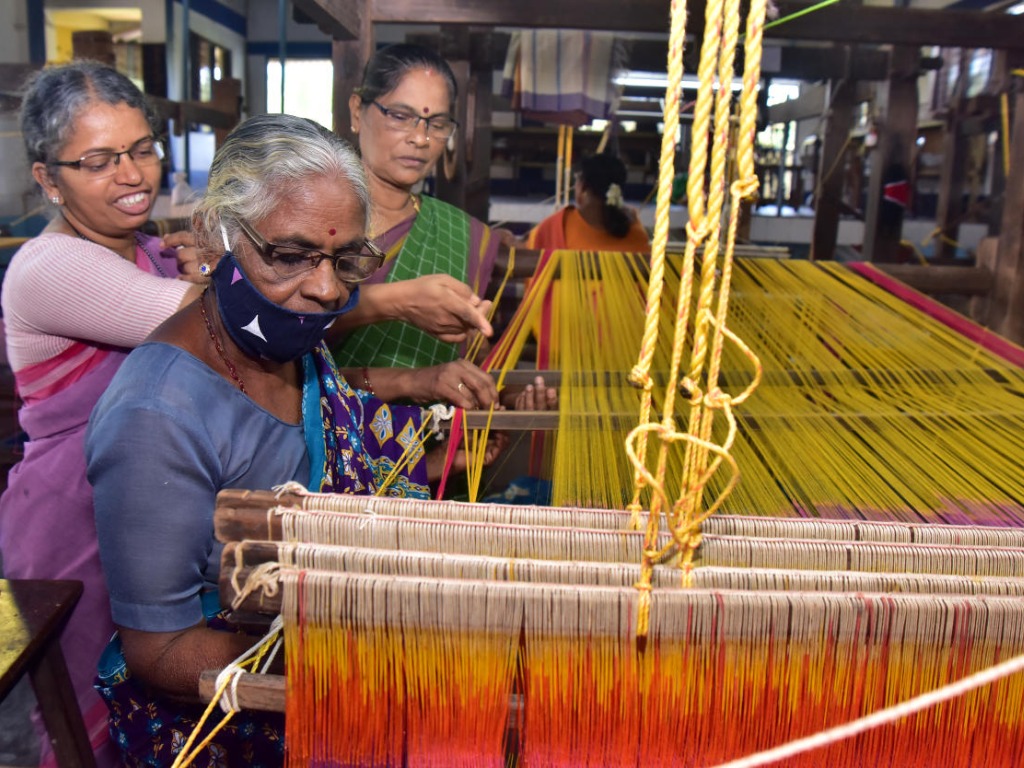 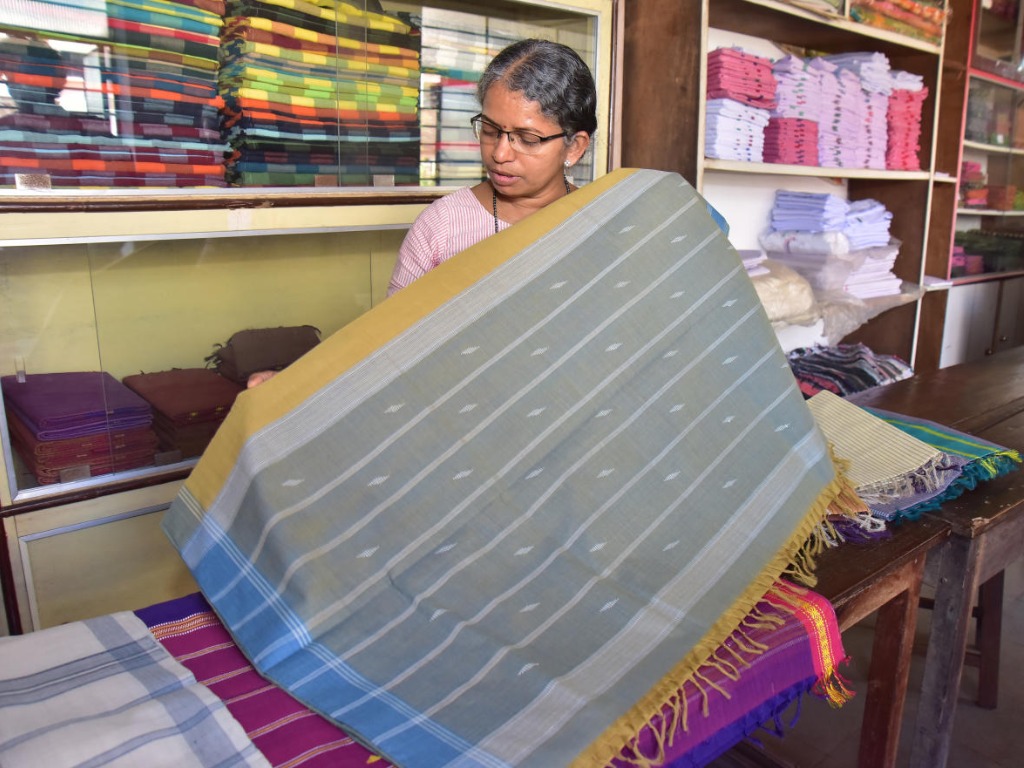 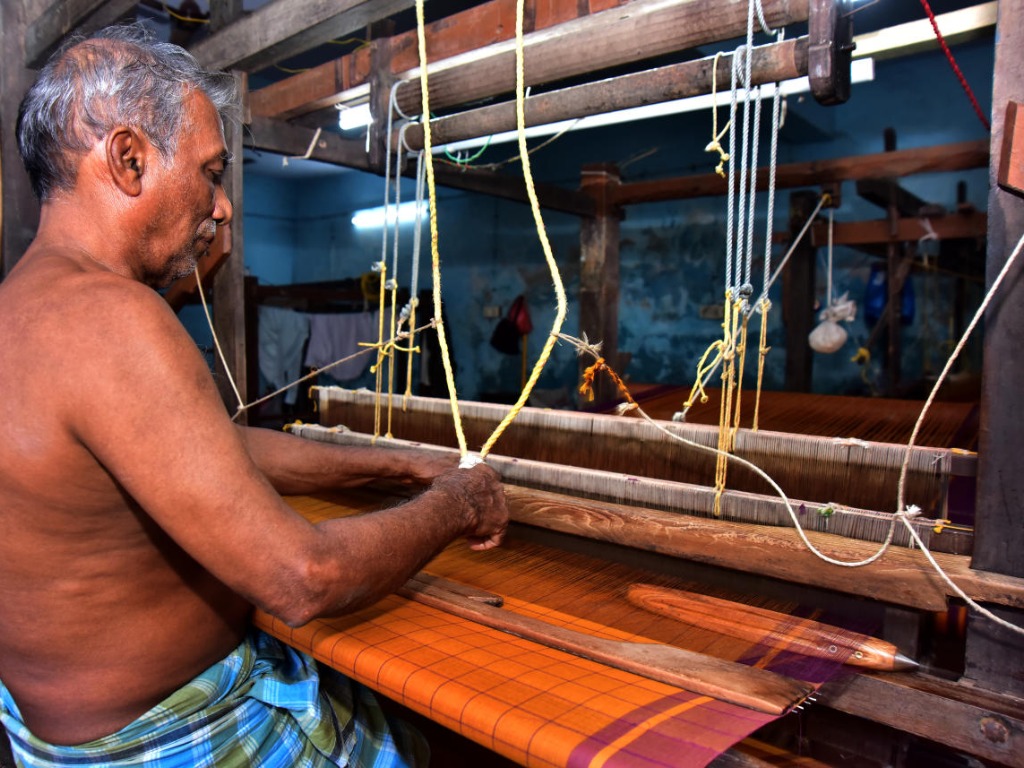