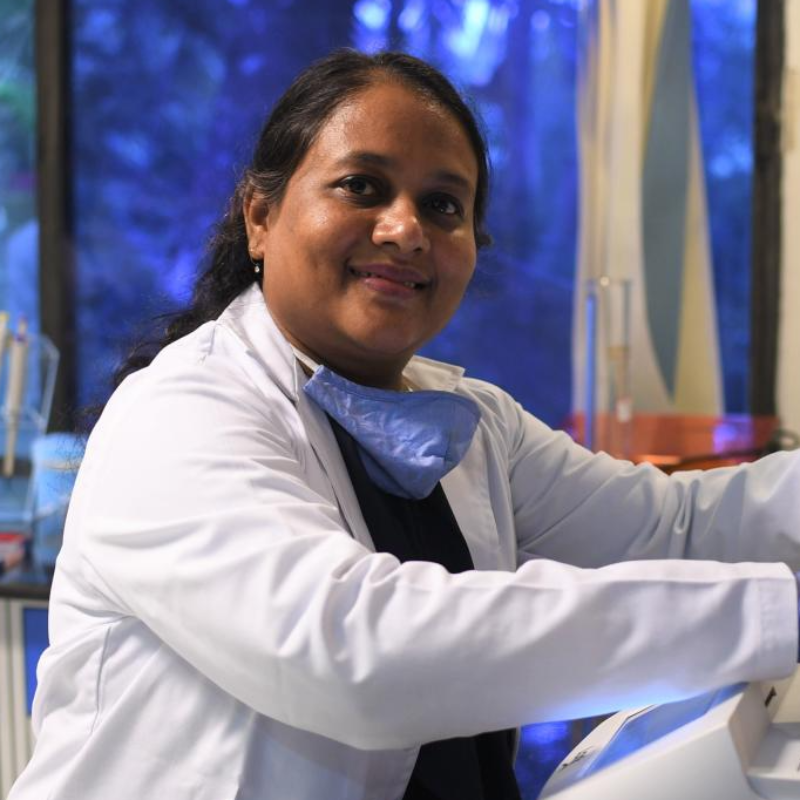 I used to have an ego that I must do cutting-edge research, but I realised eventually that even simple solutions to complex problems are very meaningful, especially if it is of benefit to people.

A game changer for Covid testing

A new discovery could revolutionise DNA testing, which has become so important after the onset of the Covid-19 pandemic. Even more remarkably, that breakthrough was made in a kitchen by a researcher whose love of science prompted her to tread the unbeaten path.

With the eruption of Covid-19, the number of RT-PCR tests, regarded as the “gold” standard of testing) have skyrocketed. But with the increased demand for such tests there are also increased lab and environment hazards. This is because the fluorescent (or fluorophore) dyes used in the testing of nucleic acids such as DNA and RNA, are often heavily toxic to lab staff and pose a serious problem when it comes to disposal.

A new non-toxic fluorescent dye invented by a Bengaluru-based scientist could potentially revolutionise how this testing is done in the near future.

Fathima Benazir, 42, a molecular biologist by training, always knew that she wanted to be a scientist, but that it was ultimately a failure to get into an MBBS programme (by a 2% margin), which pushed her towards biotechnology.

“I was not especially disheartened to not get into MBBS, which is what my parents wanted me to do. Instead, I joined PSG College of Arts and Science, Coimbatore, in what was the second batch of a brand new programme there on biotechnology,” she says.

“It was fascinating to learn about genetic engineering, which seemed to open up a new world of possibilities,” she adds. Her postdoctoral fellowship was completed at the Indian Institute of Science (IISc) in Bengaluru.

After that, the newly minted biotechnology scientist set up a startup called Azooka Labs with a childhood friend, Alex D Paul, and began working with natural dyes intended to benefit Tamil Nadu’s Pathamadai silk mat industry, which was in a state of decline. It was during this stage, while trying to bind molecules that Dr Benazir had her “Eureka” moment.

While working with the dye extracted from a food additive which is commonly used in Kerala, she happened to ask herself if it would also stain DNA and RNA by binding with them. She was stunned to find that it did. “Researchers are always on the hunt for new molecules to bind to nucleic acids. Finding new molecules that can bind is a holy grail of chemical biology,” she says.

That was in 2013. That discovery would set her on a seven-year journey to create a synthetic version of the naturally occurring molecule and several other novel molecules, because the natural molecule failed to consistently bind with DNA. This new synthetic dye has a wide variety of laboratory applications, not least which was the RT-PCR testing for the novel coronavirus.

RT-PCR testing is done by first collecting a sample from locations where the Covid-19 virus gathers, such as the nose and throat. The sample then has to be transported in refrigerated conditions to the lab, where a lab technician treats the sample with several chemical solutions to remove proteins and fats, which makes it easier to extract only the RNA present in the sample. This RNA is a mix of the person’s genetic material and the virus RNA (if it is present).

This RNA segment is then “reverse transcribed” to DNA using a specific enzyme. Scientists will then add additional short fragments of DNA which are complementary to specific parts of the “transcribed” viral DNA. If the virus is present in the sample, these fragments will neatly attach themselves to the viral DNA. This mixture is then placed in an RT-PCR machine.

The machine heats and cools the mixture to trigger specific chemical reactions that will end up creating new identical copies of the target sections of the viral DNA. Some such 35 cycles are carried out to create around 35 billion copies of the viral DNA section. As the copies are created, however, marker labels “bind” to the DNA strands and then release the fluorescent dye, which is measured by the machine’s computer in real-time. When the fluorescence level reaches a certain threshold, the presence of the virus is confirmed.

Nearly all existing dyes are carcinogenic. The industry standard has been ethidium bromide (EtBr), which is a toxic mutagen. “Disposal is a huge challenge because used dyes have to be double-bagged in plastic for disposal,” Benazir explained.

C V Natraj, a veteran biochemist with the Indian Institute of Science’s Society for Innovation (SID), has independently assessed Dr Benazir’s work. Natraj described her discovery as one which often occurs once in a lifetime.

“It is an important discovery,” he says. “The existing dyes are extremely dangerous because they can cause DNA to mutate. Extreme care has to be taken. Unfortunately, familiarity creates carelessness. They are colourless and odourless, and in a setting where you handle it 10 times a day, everyday, testers unwittingly expose themselves. In fact, there is an unacceptably high level of exposure in labs,” Natraj adds.

Paul, who is the CEO of Azooka Labs, explained that their dye, which has been dubbed Tinto Rang, can be handled even without gloves. However, Natraj added that while it is a gamechanger, “whether it can make traction in the international market is hard to say because big players such as Thermo Fisher Scientific are so well entrenched.”

The worldwide market size for nucleic acid dyes is about $12 billion, out of which India has a 12% share, Paul explained.

“Currently, most dyes are imported either from the United States or Europe and about 1 ml of dye costs roughly the same as a single carat diamond,” he says. A perusal of industry prices showed that internationally available dyes cost between Rs 58,000 to Rs 62,000 per ml. “So, in a way we are manufacturing something on par with diamonds,” Paul added.

Meanwhile, a 500 ul/ microlitre vial costs about Rs 33,940. “In the pre-pandemic era, this cost about Rs 12,000, which shows how prices have skyrocketed as a result of the pandemic,” he added.

In the end, however, while Azooka is still some way away from penetrating the fearsome monopoly of the massive medical research conglomerates, it is ultimately the work which has been rewarding.

“Research is sometimes marked by a relentless stream of setbacks. Out of 100 experiments, 90 fail and sometimes it seems as though for every 10 steps you take forward, you take 20 back. On top of that, most research does not get translated into a commercial product,” Benazir said.

“I used to have an ego that I must do cutting-edge research, but I realised eventually that even simple solutions to complex problems are very meaningful, especially if it is of benefit to people,” she added.

She added that without Azooka’s incubation and mentoring by Professors H S Savithri and Natraj, of SID, the discovery would not have been possible. 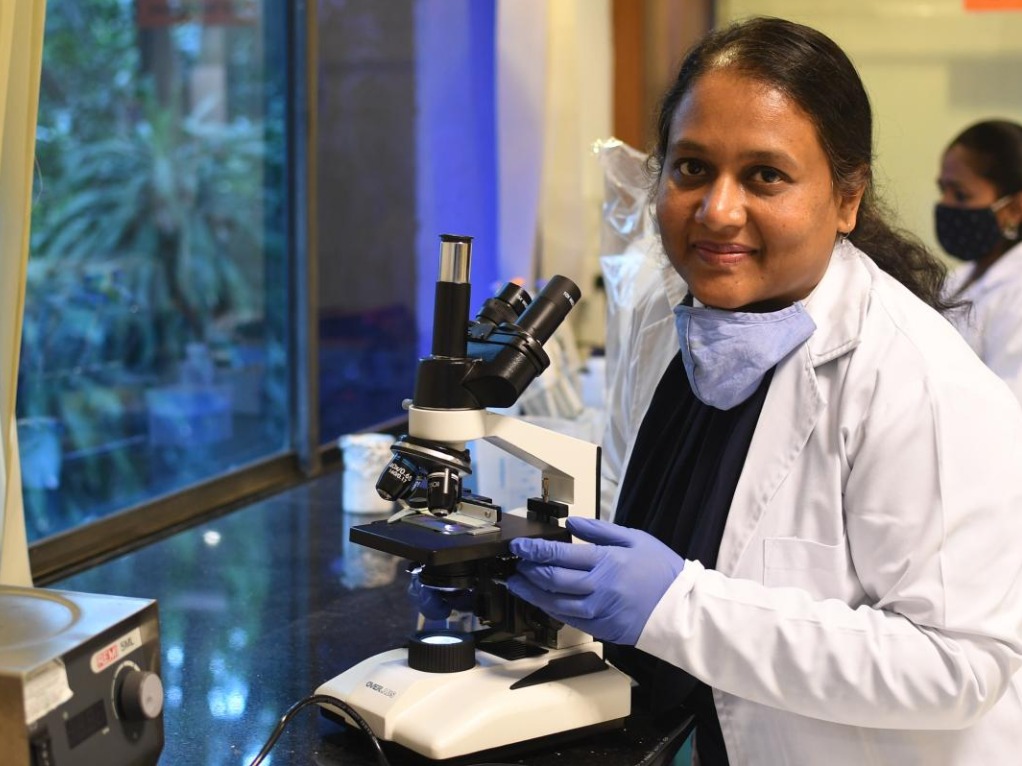 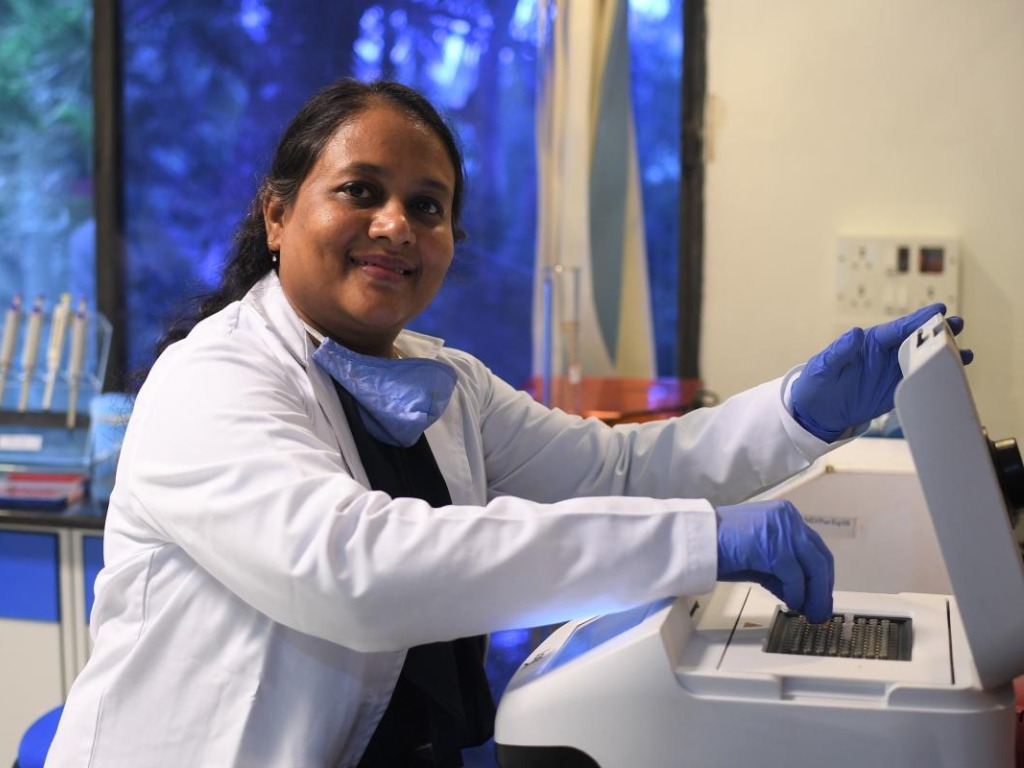 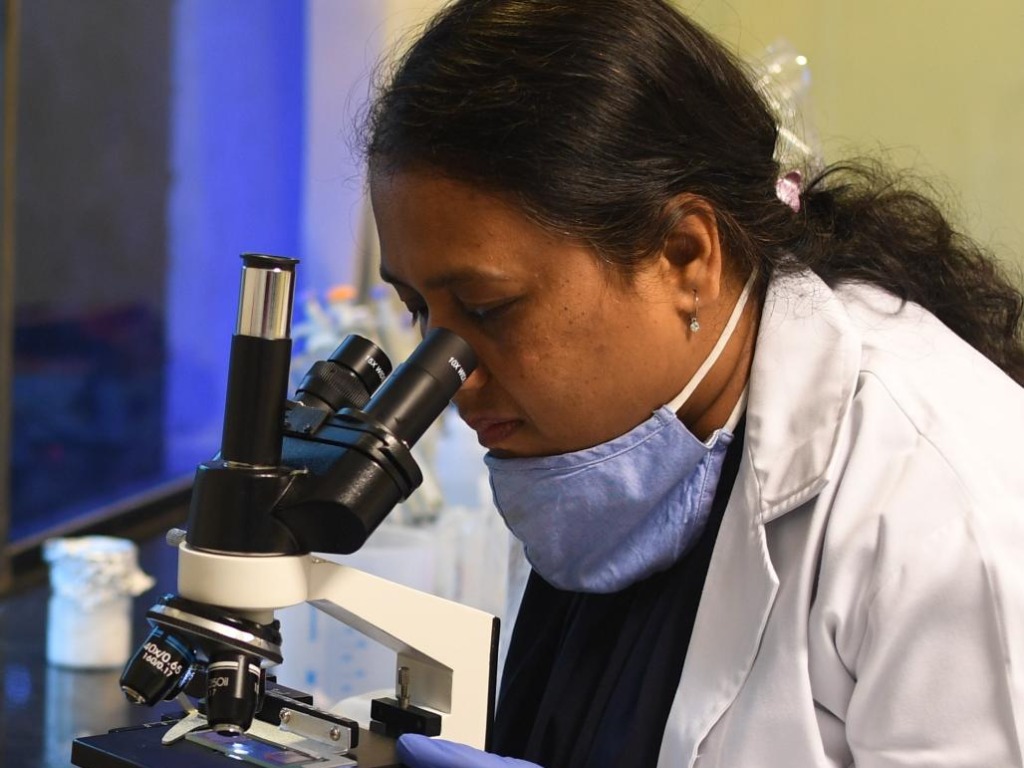 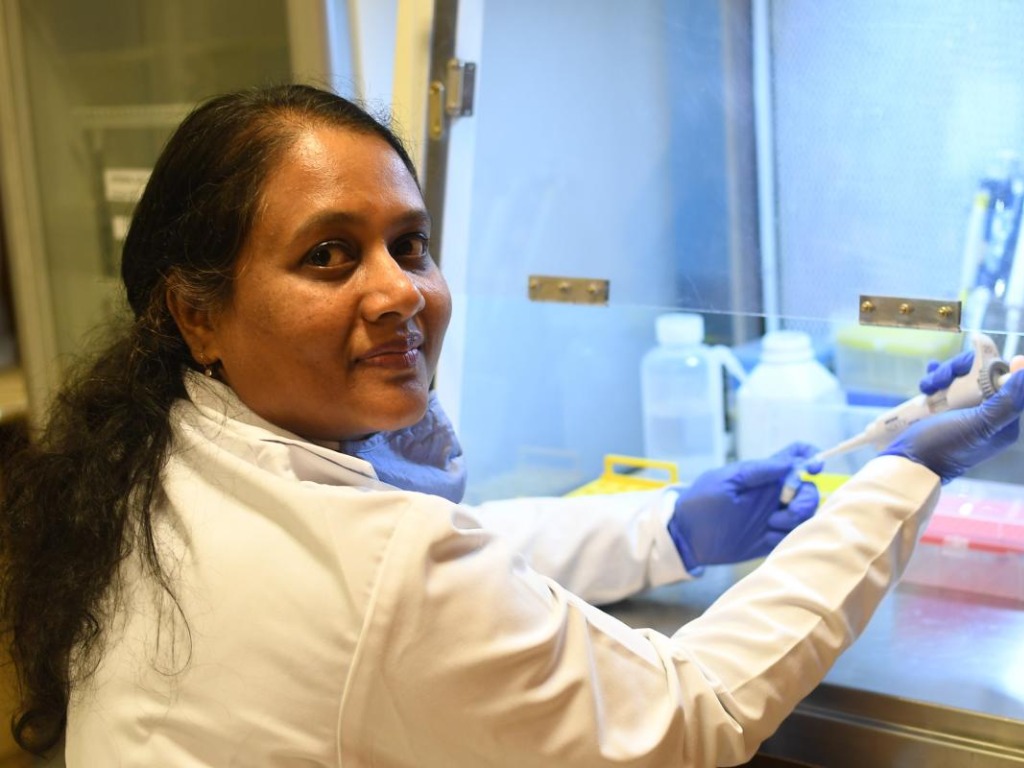